Task Boards: What They Are and How Can You Master Them? 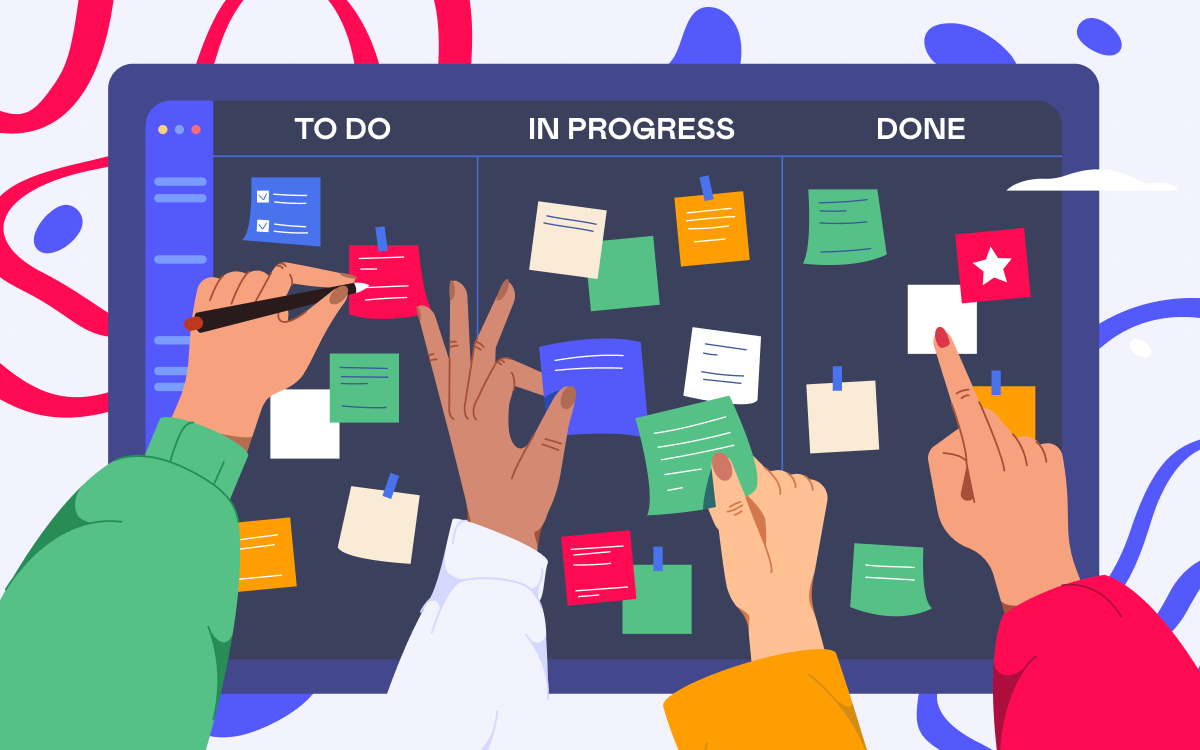 We’ve all been in one of those nightmare situations where a project is spiraling out of control, and we have no idea who’s doing what and what targets have been met. Whether you’re a CEO in charge of a megabucks mission, or just a parent trying to get their kids organized over the summer vacation, you need to get your tasks written down so that all concerned are fully conversant with what’s happening and what needs to happen.

In short, you need a task board (sometimes called a scrum board). Let’s see what they are and what you need to do to become a task board supremo.

What is a Task Board?

Any surface purposed for organizing a task can be called a task board. So, that’s a sheet of paper on the fridge telling all the family who’s responsible for what. That’s also a shared space on a system giving all project stakeholders information on the task ahead and updates on goals reached so far. Task boards need to have particular characteristics to make them usable and an effective means of organizing a team. These might include the following.

An account of what gave rise to the task. For instance, customers have complained about not being able to make effective contact with the business.

A list of what needs to be done to remedy the situation, with a clear idea of who’s doing it. For instance, Technical will conduct a review of the new IVR and chatbot systems recently launched, and Customer Service will be asked for their perspective.

It tells everyone what’s happening with the tasks right now. For instance, the new IVR and chatbot systems are being checked by Technical, and Customer Service is currently modeling some customer journeys to see if they can replicate the problem.

It is where possible obstacles to a task’s completion are thrown up. For instance, Technical is short-staffed and facing a bit of a backlog, so there may be a delay.

It is where it’s recorded that a task’s been completed. It may include some account to explain how a Roadblock was solved, with whatever color’s required to keep management in the loop. For instance, Technical ended up being bolstered by some freelance recruitment, for which it was necessary to procure a freelance recruiter contract template. 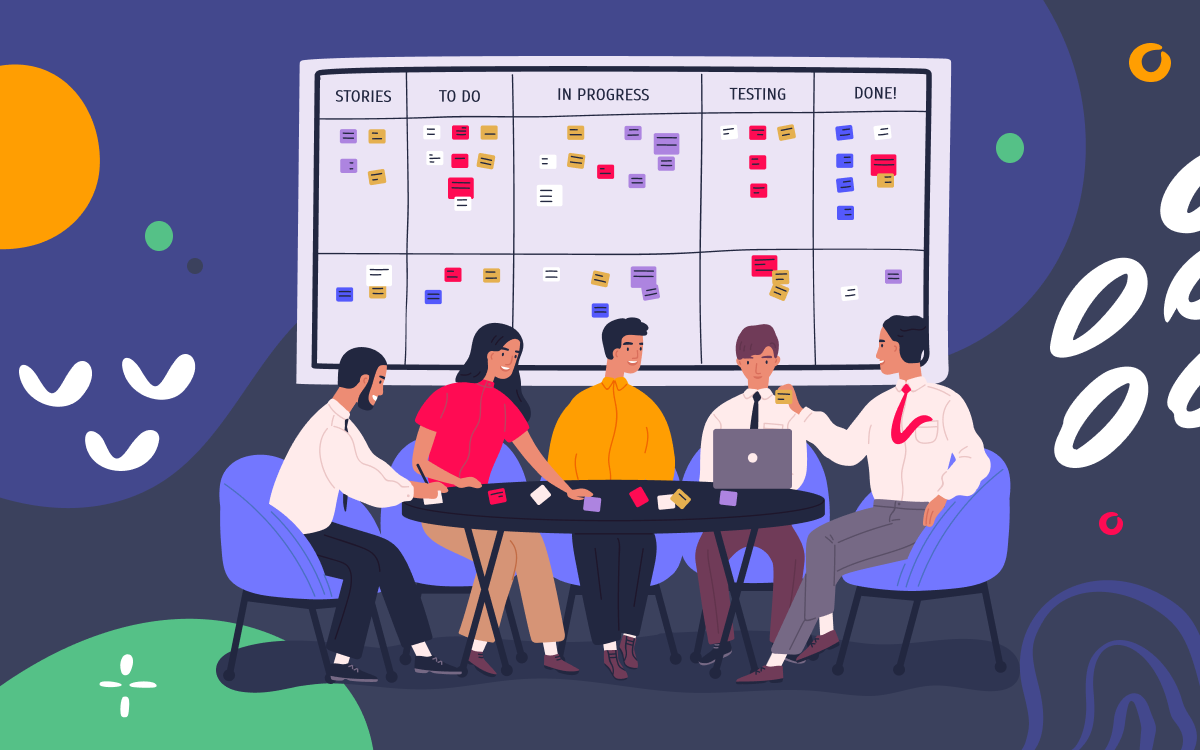 When the task is listed as Done, it can be moved off the board and archived so that the next task can take its place.

A task board can be a physical board up on the office wall, with sticky notes representing work in progress and updates. Alternatively, it can be a digital tool with a similar visual design in that it’s an image of a board with project task cards instead of sticky notes.

A lot of people prefer to stick with physical boards because they prefer the way that information is instantly appreciable – you don’t have to wait for systems to update and the board’s not susceptible to power outages or other such troubles. Also, some managers like to have a physical board functioning as a focal point for a team huddle.

On the other hand, some prefer digital boards as they are available for all stakeholders to access, no matter how remotely they’re situated, and they never run out of sticky notes.

New Hire Remote Onboarding Trello board by Stiltsoft, you can copy and customize it

Other digital advantages include multifunctionality – it’s possible to run several different teams doing different tasks, all from the same device. With a physical board set-up, sooner or later you’re going to run out of wall space.

The truth is, there’s less and less need to work in a physical office (for instance, you don’t even need to meet to give signatures – use Proposify or a Proposify alternative and stay as remote as you like). Whichever version of a task board you favor, they share the following advantages.

Advantages of a Task Board

There are several benefits to using a task board, over, say, winging it or simply barking a list of commands to your team and assuming they get on with it.

It’s simplicity itself to find a wall and stick up a board. The only thing you have to worry about is whether you can easily access it to update information.

Similarly, with an online task board, it’s immensely easy to install one and get to work in no time. E-learning is usually available to get you up to speed. Information from other task boards can be dragged and dropped with no difficulty, and simple-to-use automation and reporting functions will have everyone proficient in the system in no time. 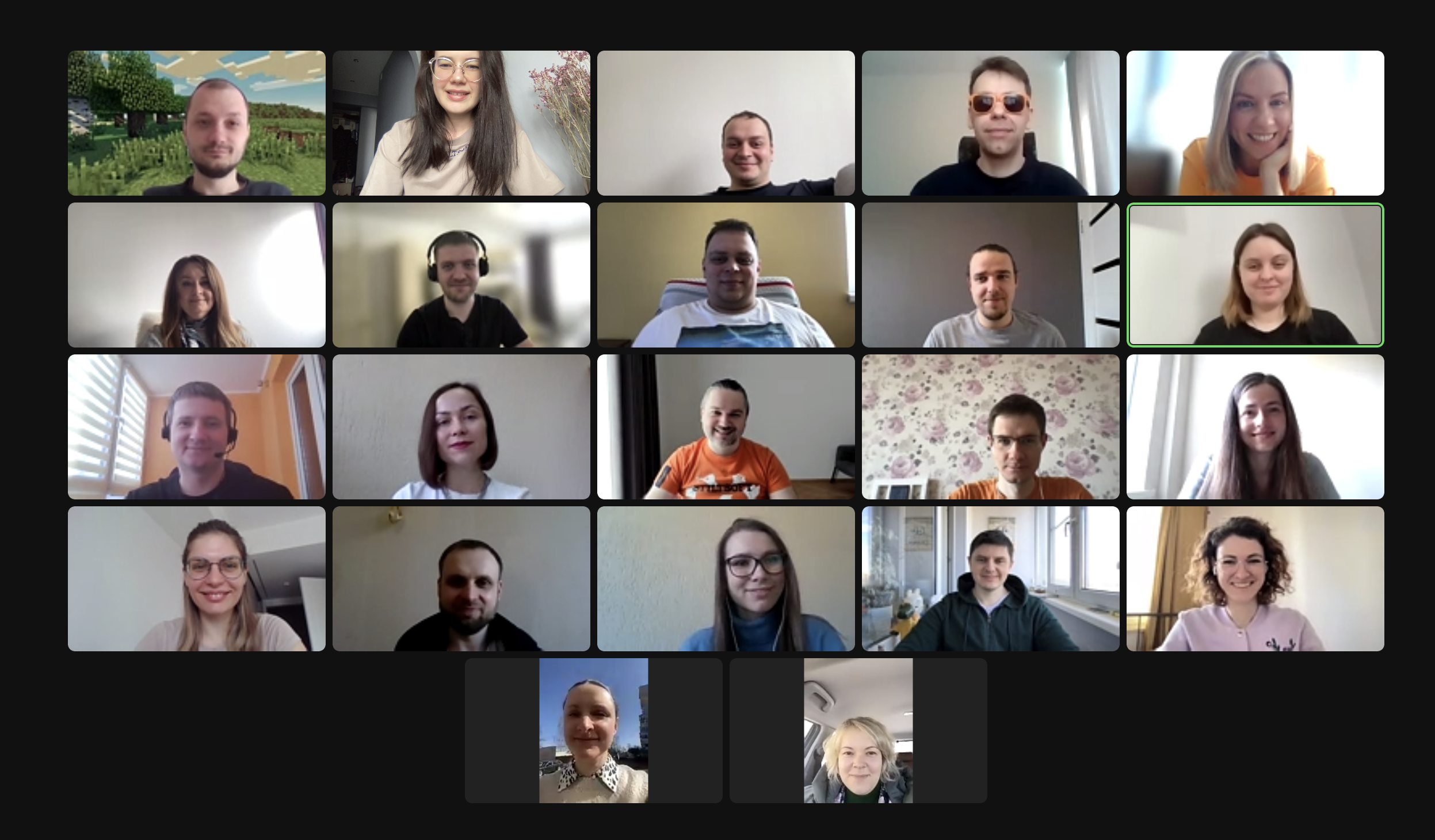 Often, teams fall when members don’t possess a clear understanding of what other members are doing. It becomes easy to feel that most of the work is being done by certain parts of the team and not by others, or that work done by others is in some way easier or at a lower standard. Group dynamics often tend toward fragmentation in this way.

A task board militates against this by making it clear to all concerned just what the workload is for everyone. So, everyone’s happy that everyone else is doing what they’re supposed to do. It also shows everyone when it’s not a good time to ask a favor or to unveil a particularly onerous but not necessarily urgent job.

Task boards show clearly where tasks are getting held up, which might flag up where assistance is required. It can expedite the task for sure, but there are other benefits too. The team sector having difficulty will wind up feeling attended to and supported rather than left to struggle with something it’s not equal to.

Sometimes it’s very disheartening to be ignored, and task boards are great ways of ensuring everyone is visible all the time, so everyone feels much more part of the team.

4. It saves you time

It’s often the case that a snag is called to your attention that could have been resolved by the team member concerned just by looking at the task board. For instance, if they can see that the completion of a PandaDoc training proposal template is being addressed by a particular person, they might be able to seek resolution by contacting them directly rather than involving you.

Types of Task Board

These are basically ‘to-do’ lists for use by one individual. They lay out what needs to be achieved by the end of the day, week, month, or whatever period applies.

They can be work-focused or may have salient personal items in there too. For instance, if you have a dentist appointment that will keep you out of the office for an hour, that should be on there as a reminder that no task will get done while you’re having your molars meddled with.

The essence of a personal task board is that it’s for your use only. Nobody else needs to have access to it for updates on their tasks. However, company policy may dictate that a line manager should be able to monitor it, so it might be a good idea to bear that in mind.

These are boards that are accessed by the entire team. They give information to the team on task apportionment and provide the project manager with information on the task stage.

One of the defining characteristics of a team task board is the high level of detail they contain. It has to be so, as they have to incorporate a helpful idea of what every team member is doing and what stage they’re at. For this reason, a team task board has to have an excellent layout so that detailed information is readily accessible and clear.

Tips for Task Board Mastery

Task boards are great for showing where pinch-points are likely to pop up. If you can see where a task is depending on a process that’s not going to be completed on time, you can act to remedy matters. This is an important factor with task boards, so learn to use them to forecast difficulties.

Don’t let your team task board get clogged up with too many tasks. Work out what’s a priority and start with those. Those that are suitable for deferral can remain on your personal task board. The reason for this triage is that there’s nothing more demotivating than an overloaded team task board. Thin things out a little, so it looks like there’s at least a chance of a little resolution at some point.

Task boards are tremendous boons to workflow and goal achievement, but they do need to be adhered to. All it takes is a couple of instances of forgetting to update the board, and it begins to lose relevance. So, in all your dealings with staff, remind them of how important it is to team efficiency, that their first point of contact regarding a task is the task board.

Task boards are great organizational tools and in the right hands can revolutionize a workplace. By being clear indications of what everyone’s doing and what remains to be achieved, they bring the team together and get the job done. 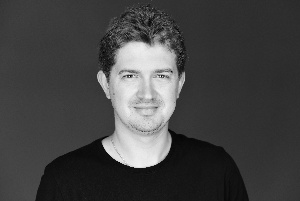 This is a guest post written by Yauhen, the Director of Demand Generation at PandaDoc, all-in-one document management tool for almost all types of documents including this PandaDoc plumbing contract template. He’s been a marketer for 10+ years, and for the last five years, he’s been entirely focused on the electronic signature, proposal, and document management markets. Yauhen has experience speaking at niche conferences where he enjoys sharing his expertise with other curious marketers. And in his spare time, he is an avid fisherman and takes nearly 20 fishing trips every year.

Last time we told you about the useful Atlassian sources for JIRA beginners and provided you with the list of the books written by Atlassian Experts about JIRA. We recommend…

Maria Palagina from Tinkoff wrote this blog post and published it on a Russian collaborative blog about IT. Our team read it and just loved how Maria described the way she works with Confluence labels,…

In the previous post How Project Managers and Scrum Masters Use Confluence for Project Monitoring, we showed how management professionals use Confluence to build a dashboard based on data from Jira and…